God created people for Himself and for community. A community describes a group of people living in an area; and society in general. Community also is about the feeling of belonging; the feeling that one is part of a group. 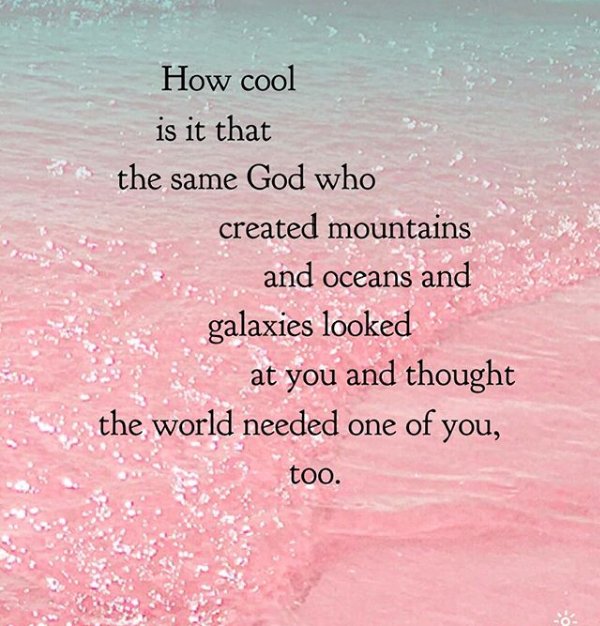 All the wonderful inventions throughout history were made by people with other people in mind too, with the goal of making life a little bit more better and easier. All the creative innovations and technologies we enjoy in our world today are nothing but the works of humans -people. Yes, humans made in the image of a God who is the Creator – were made to create, to solve problems and to make the earth a better place. People making life better for themselves and for other people. God made this earth for human beings, not for Himself or for the angels. Or demons for that matter. The earth is for mankind to dominate and take charge over every single thing in it.

The highest heavens belong to the LORD, but He gave the earth to human beings

If even God has a need to use human beings to achieve His purposes and to carry out His assignments on earth because it is their domain, what chance do we have to succeed in the world without the relevant people in our personal lives here on earth? God answers our prayers and accomplishes His will and purposes through people we encounter or live with. Thus God created us to live in community and to be responsible for one another.

We have a deep need to affiliate, to be around people, and no creature on earth spends as much of its life depending on others as we do.

Whatever we desire from God will

ultimately be handed down to us by fellow human beings -people.

After bringing the Israelites out of Egypt, the LORD gave the 10 Commandments – the Decalogue – to Moses as their constitution. It was a constitution governing relationships. It embodied the interests of only two parties: God and His people. It was all about their relationship with God on one part, and with other people on the other part. Jesus summed the Decalogue in Two parts as well: love for God on one hand, and love for one another in the same measure that we love and treat ourselves individually. That is meant to foster fellow feeling in community.

In spite of all the negative acts and consequences that some people have brought on others, there are still many good people in our communities with godly influence. Accept the ministry of such in your life. Everyone we encounter in life whether good or bad can be godly avenues for our blessings. Our ability to recognise them as assets or liabilities depend on how we receive them.

No matter how spiritual we think we are, God will still need to use people to establish His purposes in our lives.

No person can be successful without people. The best medical practitioner is rated as such through people availing themselves of his care. The best Presidents achieved their position and ranking through people. Even Melchizedek had his relevance through meeting Abraham.

A person is a person through other persons.

Every thing is about people. Say, how are you treating the people in your life?

View all posts by PstTancy

This site uses Akismet to reduce spam. Learn how your comment data is processed.